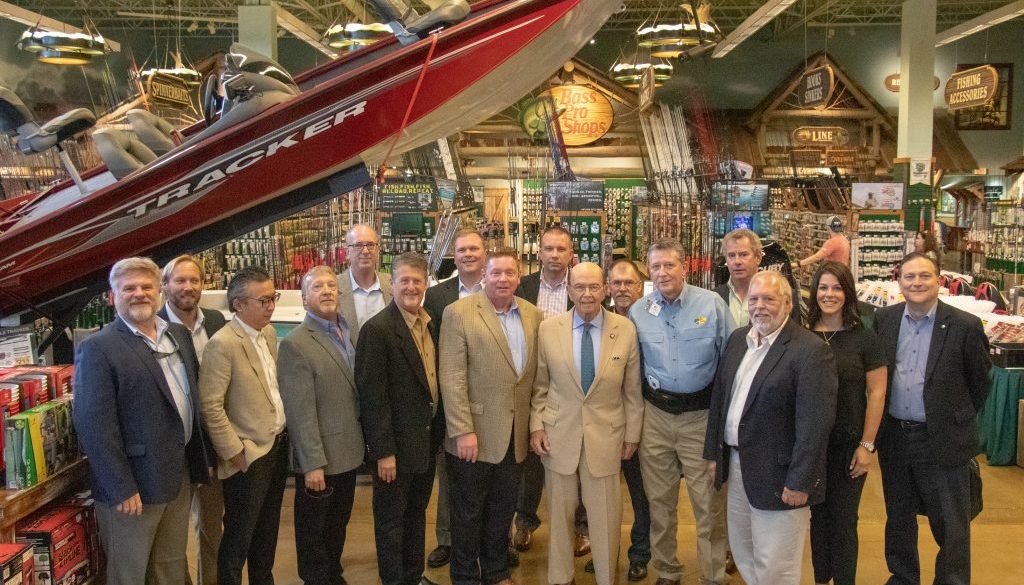 During his visit, Secretary Ross spoke with industry leaders about policies and recent congressional and administrative actions spurring industry growth. The discussion also focused on current and future regulatory headwinds the industry is facing. Recreational boating is a significant contributor to the U.S. economy, generating $170.3 billion in annual economic impact and supporting more than 35,000 businesses and 691,000 U.S. jobs. The industry is uniquely American, with 95 percent of boats sold in the U.S. made in the U.S.

“Today, I met with industry leaders to discuss the positive impact the President’s Tax Cuts and Jobs Act has had on this industry,” said Secretary Ross. “By lowering the corporate tax rate and making it competitive globally for the first time since the 1980s, the Tax Reform Bill has strengthened the economy. Last year, the Department’s Bureau of Economic Analysis found that the entire outdoor rec industry accounted for 2.2 percent of GDP in 2016. To put that number into perspective, the sector is bigger than such behemoths as mining, agriculture, and utilities. The Trump administration recognizes the industry’s importance to our nation’s economic wellbeing and we will continue to look for ways to foster growth in the sector.”

The event also featured a roundtable discussion between Secretary Ross and recreational boating and fishing industry leaders – including boat builders, fiberglass, resin and component manufacturers, and fishing equipment suppliers, among others – who help create hundreds of thousands of jobs across the supply chain in all 50 states. America’s 11 million saltwater anglers annually generate $68 billion in sales and support 472,000 jobs.

“We were delighted to host Secretary Wilbur Ross today at Bass Pro Shops, the epicenter of fishing, boating and outdoor recreation, to discuss the importance of our industry to America’s Blue Economy and the challenges anglers and boaters face today,” said Jeff Angers, president of the Center for Sportfishing Policy. “As we tackle issues such as enforcement of the Modern Fish Act and fair representation for anglers at the regional council level, we are grateful for this Administration’s support of public access to our marine resources and their commitment to grow the outdoor recreation economy.”

“Building on the recreational boating industry’s success requires support for infrastructure, conservation, and economic policies that help our industry thrive and continue to bolster our country’s economy,” said Nicole Vasilaros, senior vice president of government relations for the National Marine Manufacturers Association. “We thank Secretary Ross and the administration for creating an environment that has allowed the entire outdoor recreation industry to flourish, and we look forward to working together moving forward. As the trade and infrastructure debates heat up in the year ahead, the administration and Congress should support free- and fair-trade agreements and a Recreation Title that addresses blue and green infrastructure in any comprehensive package.”