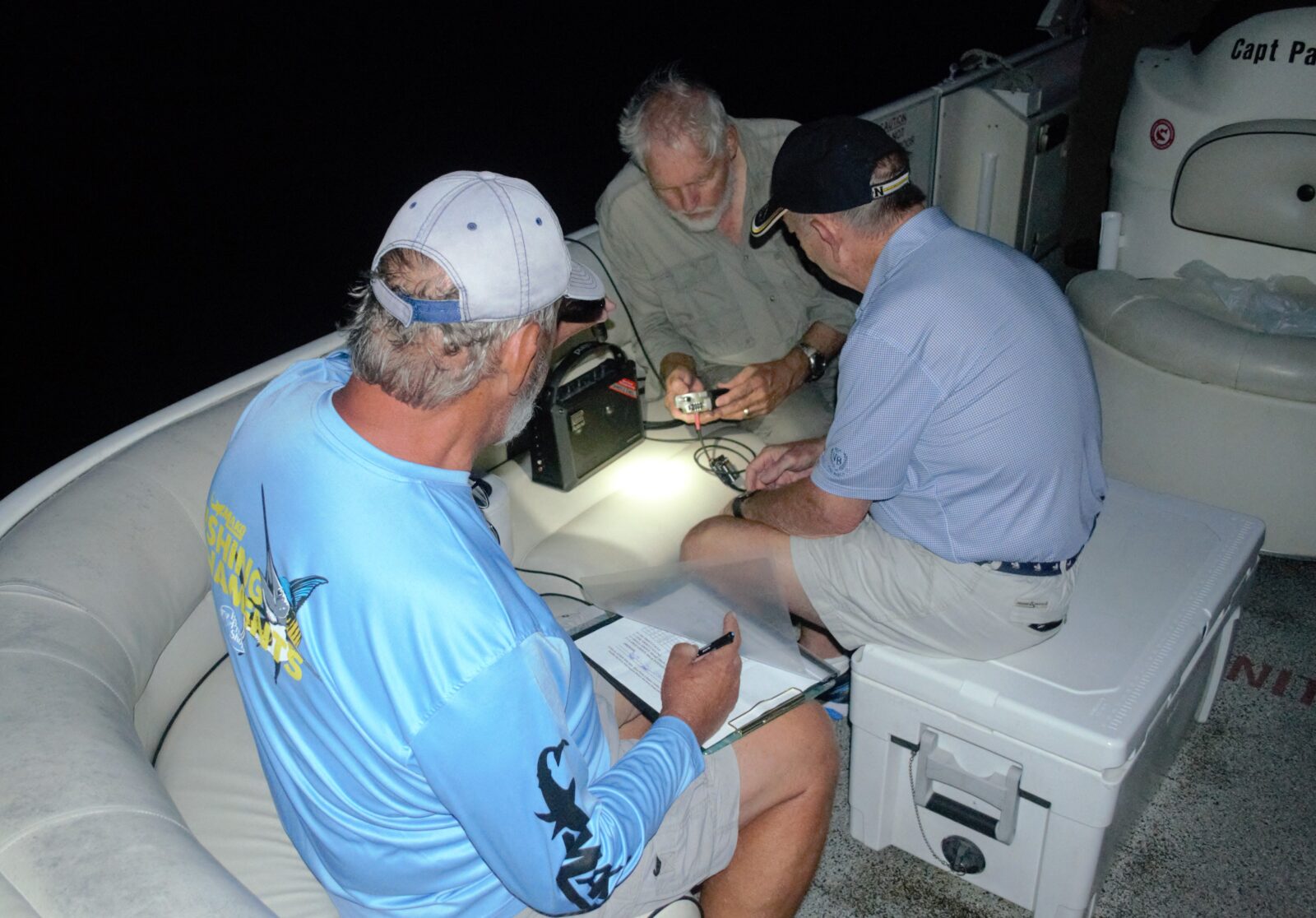 In 2013, CCA member Scott Green and other CCA anglers were noticing a sharp decline in the spotted seatrout (Cynoscion nebulosus) population in the Indian River Lagoon (IRL). This was around the same time that a seatrout stock assessment report came out stating that their population in the IRL was healthy and doing fine. However, the stock assessment report did not seem to coincide with what Scott and many other CCA members were observing daily on the water; the seatrout numbers were dwindling, and in some areas they were completely gone. This was also following the severe freeze of 2010, three straight years of algae blooms, the 2011 super-bloom, and the subsequent seagrass die-offs in the IRL. Not only did Scott inform CCA of these observations, but he also took it upon himself to meet with several key individuals and groups on his own time to further discuss the issue. He first met with Troy Rice in 2013, the former Executive Director of the IRL National Estuary Program (IRL NEP), to discuss his concerns. Scott then met with scientists from the Florida Fish and Wildlife Research Institute (FWRI) in 2014, followed by Dr. Grant Gilmore, Jr. with Estuarine, Coastal and Ocean Science, Inc. in 2015. He met with FWRI again in 2015 and also got other CCA members involved as well as CCA staff. 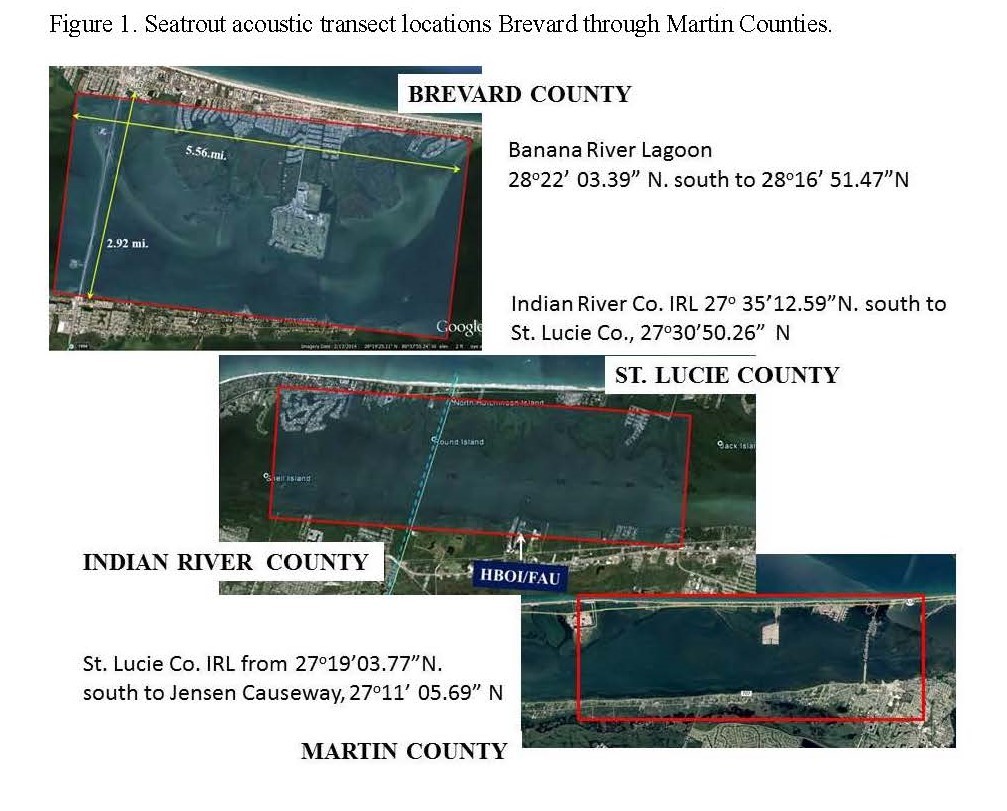 Information was shared with FWRI at the 2015 meeting about potential discrepancies with the stock assessment findings and what fishermen were actually observing on a daily basis on the water. Scott and Dr. Gilmore shared the idea with FWRI of conducting a spotted seatrout study to quantify the seatrout stock utilizing underwater hydrophones to record the trout spawning in the IRL nocturnally during full and new moon phases. This methodology was different than the methodology used by FWRI and could potentially yield more conclusive evidence of the actual seatrout population, especially following several years of algae blooms and habitat destruction. Dr. Gilmore had spent several decades studying the seatrout population in the IRL using this methodology, while also studying the seagrass communities.  With FWRI’s cooperation, Dr. Gilmore spent the next year developing the guidelines and scope of work for this three-year project and in 2018, applied for a grant to fund the project through the IRL NEP. While the project was ranked by the IRL NEP, it ultimately was not awarded any grant funding. Dr. Gilmore then approached CCA for assistance and CCA agreed to fund the first year of the study through a $25,000 cash donation and a $52,000 in-kind match. The in-kind match consisted of over 1,700 hours donated by the volunteers, boat expenses, fuel, project management, etc.

The broad objective of the study was to determine spotted seatrout population spawning status and vulnerability to human and natural disturbance in portions of the IRL. The first year of the study was focused on using bio-acoustic techniques to determine whether seatrout were still spawning at locations where they were historically documented by Dr. Gilmore and others. Acoustic transects were conducted by volunteer anglers using underwater microphones (hydrophones) as trout choral displays only occur when they are spawning. Anglers recorded underwater sounds at pre-determined channel marker transects over a six-month period in Brevard, Indian River, St. Lucie and Martin Counties. CCA volunteer anglers were first trained by Dr. Gilmore on how to use the electronic equipment (purchased by CCA) and how to recognize the spawning calls of the male spotted seatrout. He also worked with all the volunteers hands-on by training them at night at each of the transects in all four counties. The idea of directly involving and training anglers to conduct the acoustic monitoring was the brainchild of Dr. Gilmore, and an extremely important component to the overall success of the project. After all, it was anglers who first noticed the decline in seatrout and who have a vested interest in the long-term health of the fishery. Several individuals including Capt. Paul Fafeita (President of the CCA Treasure Coast Chapter), Mark Carter, Andy Steinbergs (CCA Habitat Committee Chairman), and Mike Conneen (Executive Director of Anglers for Conservation) were key players in the success of this project. Capt. Fafeita helped find many of the volunteer anglers and also coordinated the “on the water” activities of the project from beginning to end.

The transect methodology was set up by Dr. Gilmore and required that as the boat arrived at each ICW marker where hydrophone recordings were to be made, the engine and depth/fish finder were turned off as both significantly interfere with seatrout calls and the quality of recordings. Based on current wind direction and tidal flow, the boat was then strategically put into the correct position to silently drift in the channel while the digital recordings were made. The seatrout have historically used the deeper and wider dredged channels and basins to spawn, as their sounds are carried further in these areas. A field data sheet was filled out for each transect location noting the date, time, location, size of the seatrout chorus and other species present producing sound. After the data sheets were completed, an audio recording was made with a digital recorder and underwater hydrophone for two minutes to record the seatrout calls. The data sheets and digital recordings were then provided to Dr. Gilmore to produce a final report on the seatrout project. The report, titled, “Coastal Conservation Association Sponsored East Florida Assessment of Spawning by the Spotted Seatrout” was completed in December 2018.

The results of the acoustic surveys and report findings showed that spotted seatrout are still spawning in the IRL, and they are also spawning at some of the historically documented locations. However, there appears to be more seatrout spawning between Vero Beach and Fort Pierce than previously observed through Dr. Gilmore’s work. A small population of seatrout were recorded spawning in Brevard County in spite of major seagrass loss in that area. The spawning is primarily taking place, as predicted by Dr. Gilmore, around the Cocoa Beach commerce and recreational center peninsula extending westward out into the Banana River. Further north of the S.R. 520 Causeway, spotted seatrout are no longer spawning in that region and there appear to be more sand seatrout (Cynoscion arenarius), also known as weakfish, spawning in the basin between Port Canaveral and S.R. 520 than historically observed. Since sand seatrout do not rely on seagrass habitat like the spotted seatrout, the loss of this habitat may not have impacted this species. A decline in spotted seatrout populations with seagrass loss may have acted as a competitive release for sand seatrout populations in the Banana River. Seatrout were also found to still be spawning in the Mather’s Cove area in the southernmost section of Brevard County in the Indian River Lagoon.

The results of the acoustic survey transects in Indian River and northern St. Lucie Counties indicated that spotted seatrout were spawning in this area from April to late September. The largest choral sound displays were observed in late August through September with 91 percent to 100 percent occurrence at all transect markers. Highest overall scores, 100 percent occurrence throughout the survey were at ICW marker numbers 170 to 164. According to Dr. Gilmore, this transect revealed the largest spotted seatrout spawning aggregation south of Brevard County, likely south of Cape Canaveral on the Florida east coast.

From what could be discerned from the limited data collected from Martin County, there were no spotted seatrout spawning at the major spawning sites around the Jensen Causeway. The Jensen Causeway area was historically a major seatrout spawning area. According to Dr. Gilmore, the seatrout spawning was so predicable that a permanent hydrophone listening station was deployed on the Jensen Bridge from 2006 to 2010 with internet access. During the 2018 survey, seatrout calls were not heard on this transect in Martin County until ICW marker numbers 210 and 212 were reached in St. Lucie County. Since these observations were made in April and May, it is possible that more seatrout were spawning on this transect in August and September, but were not recorded. It is also possible that seatrout that previously spawned in Martin County moved north to St. Lucie County due to the major declines in water quality and seagrass habitat in Martin County.

One exploratory transect was also made in Mosquito Lagoon with Dr. Gilmore, Scott Green and Frank Gidus on September 11, 2018 during the new moon phase to determine bioluminescent effects of seatrout spawning activity, and to determine if seatrout were spawning at sites isolated during Dr. Gilmore’s 1999-2002 studies. The goal was to also determine if red drum spawning calls could be heard that had been mapped previously in Mosquito Lagoon. This transect was made from the southern end of “Whale’s Tale” to the vicinity of “Porpoise Point”, along with a stop in Haulover Canal. Some spotted seatrout were heard spawning during the survey, along with a spawning redfish in Haulover Canal.

Thanks to Dr. Gilmore and all the volunteers that participated in this study, this is the first time that anglers have been trained to locate and assess spotted seatrout spawning sites in Florida waters using passive acoustic technologies. These results are promising for future angler monitoring and mapping of spotted seatrout (and other sound-producing species) spawning sites in Florida waters. Based on the results of this study, it is possible that once these techniques are learned by angling conservation groups, spawning sites could possibly be accurately mapped and protected in the future to insure natural fishery hatchery production in the wild with negligible human subsidies.

The acoustic surveys will continue in 2019 during the full and new moon phases in August and September, since these months had the largest concentrations of the spawning seatrout in 2018 in the IRL. Dr. Gilmore and CCA envision training more dedicated anglers from all IRL counties to assist with this study. If more anglers volunteer and get trained, it would be possible to begin the surveys as early as April or May in 2019. Once the 2019 surveys are completed, the goal is to tag spotted seatrout and use existing seatrout monitoring sites to instrument in 2020 and make these sites accessible on the internet to train anglers and monitor fisheries production from anywhere. As with any important study such as this, funding is a critical component in the overall success. If you would like to volunteer to help with the study, or donate to the tagging and monitoring efforts, please contact Frank Gidus.

back to habitat restoration