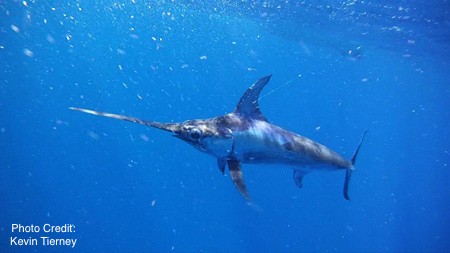 The Highly Migratory Species department within NOAA is looking at data collection in many longline closed areas, one being the area off Florida’s East Coast. This area was closed to longline fisherman and has since become a spectacular swordfish and sailfish playground.

Coastal Conservation Association urges NOAA Fisheries and the Office of Highly Migratory Species to be extremely cautious when evaluating these conservation zones and determining whether to maintain them, modify them or eliminate them. The initial decisions to close these areas to certain gear were due to the intense, indiscriminate and destructive nature of the gear. The results, particularly in the East Florida Coast Pelagic Longline Closed Area, are proof that some commercial gear is simply too destructive to be loosed in our oceans. There is now a robust recreational swordfish fishery off the east coast of Florida that has become an economic engine for the state. If we have learned anything from that particular gear restriction it is that traditional longline gear clearly extracts too high a price on our marine resources and its use should be phased out entirely. Cleaner gear, such as tended buoy gear, is a ready commercial alternative that is likely to avoid much of the damage caused by longline gear and that is a fact that doesn’t need more evaluation.

It is a worthy goal to seek new information to make the most informed decisions possible, but two recent exempted fishing permits sought to open the East Florida Coast (EFC) Closed Area to longlines. As such, the angling community has become highly suspicious of proposals that on the surface seek to collect better data but in reality are thinly veiled efforts to reopen those areas to indiscriminate commercial gear. The process to review the conservation zones should be as open and inclusive as possible, with opportunity for the public to provide input to managers at multiple stages. States adjacent to the areas under consideration should be fully consulted and integrated into the decision-making process. By no means should the process be streamlined or internalized so that just one agency or office has the responsibility for determining future management of a fishery. Our country is rife with examples of spectacular failure that occur when management entities charged with both promoting and regulating an activity hold all authority and decisions are made in backrooms.

Finally, since many of these conservation areas have been in place for relatively long periods of time, analysis and data-gathering should go beyond the efficacy of certain gear types or whether the area has served its purpose. The agency has an opportunity to compare socio-economic data from before and after creation of the zones and analyze the impact of healthier, more accessible fisheries to the public. The quest for better data must surely include a modern determination of the highest and best use of these fisheries, and a thorough economic analysis of where the true value lies going forward.

NOAA Fisheries has a unique opportunity to evaluate areas that were identified as vital for healthy fisheries and manage populations there that are most likely in far better shape than when the areas were created. It would be a complete travesty to re-introduce commercial gear types that clearly caused the problems in the first place back into those areas. We applaud the agency’s effort to collect better data, if this is truly an effort to include the public in making the most informed, thoughtful decisions possible. We implore everyone involved to look at all possible factors, consider the present and future potential of those areas, and approach this as an opportunity to build a better future rather than a return to a failed past.