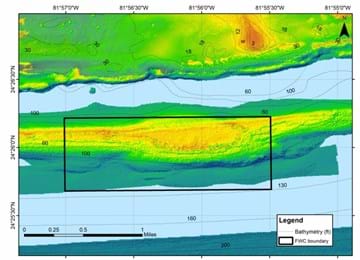 The Florida Fish and Wildlife Conservation Commission (FWC) approved a seasonal closure at Western Dry Rocks (WDR), an important spawning aggregation site for numerous recreationally important fish species about 10 miles from Key West. The one-mile area is located near multiple currents that distribute the eggs and larvae throughout south Florida.

Anglers and conservation groups such as Coastal Conservation Association, ASA, International Gamefish Association, Bonefish Tarpon Trust, Guy Harvey Ocean Foundation, and the Lower Keys Guide Association have been asking for FWC to close the area to fishing during peak spawning activities of multiple snapper species and permit between April and July. Not only will this closure protect spawning fish, but it will reduce depredation mortality, which was estimated at almost 40% in a recent study on permit released at the site. FWC will review the effectiveness of the closure in seven years. Conservation groups all agree that this is a great win for recreational anglers and the fish.