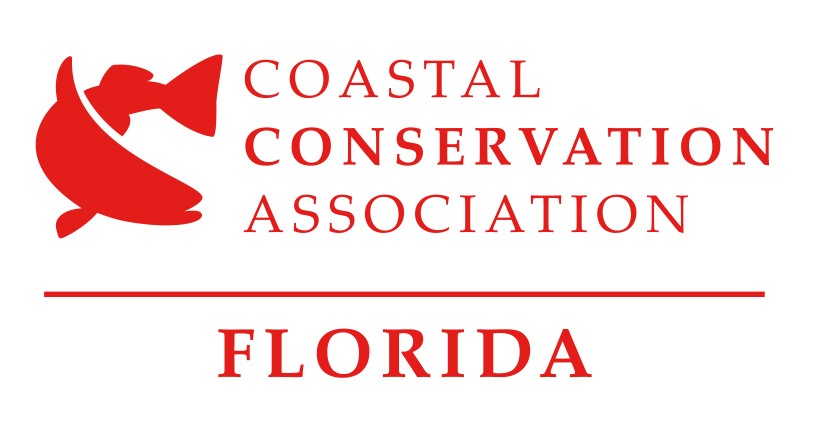 The public, South Atlantic Council members, and scientists alike have expressed concerns about bycatch and discard mortality in the snapper grouper fishery, particularly for deep-water species that are prone to injuries caused by barotrauma (injury due to expansion of gas when reeled up from depth). The bottom line is that many important fish stocks are showing dead discard estimates that exceed catch (red snapper, black sea bass, gag, and black grouper). That means the data show that more fish are being released and dying, than are being kept by fishermen.

This is a problem for fishermen and fish, and fortunately there are tools available for anglers to immediately improve the survival rates of the fish they catch offshore. It is becoming such a critical element of proper fisheries management that CCA created a program designed to educating the public about best release practices called ReleaSense through a partnership with Shimano and the Harte Research Institute.

At the South Atlantic Council, an effort underway now to implement requirements for best fishing practices that will improve discard mortality and could possibly benefit fishermen and fish in future stock assessments. To address these concerns, Amendment 29 includes actions to improve the survivorship of released fish and reduce the number of released fish.

Actions in Amendment 29 include the following options:

Preferred Alternative: Within 6 months of implementation of Snapper Grouper Regulatory Amendment 29, require a descending device* be onboard a vessel fishing for or possessing species in the snapper grouper fishery management unit.

* For the purpose of this requirement, “descending device” means an instrument that will release fish at a depth sufficient for the fish to be able to recover from the effects of barotrauma, generally 33 feet (twice the atmospheric pressure at the surface) or greater. The device can be, but is not limited to, a weighted hook, lip clamp, or box that will hold the fish while it is lowered to depth. The device should be capable of releasing the fish automatically, releasing the fish by actions of the operator of the device, or by allowing the fish to escape on its own. Since minimizing surface time is critical to increasing survival, descending devices shall be rigged and ready for use while fishing is occurring.

Preferred Alternative: Require the use of non-offset, non-stainless-steel circle hooks when fishing for and/or possessing species in the snapper grouper fishery management unit with hook-and-line gear and natural baits in the exclusive economic zone:

Preferred Alternative:  Require the use of non-stainless-steel hooks when fishing for and/or possessing species in the snapper grouper fishery management unit with hook-and-line gear and natural baits in the exclusive economic zone.

The South Atlantic Fishery Management Council will hold the following webinars on the issue of best fishing practices in Amendment 29 on:

Additionally, the public is encouraged to submit comments on this amendment at the following link:

http://safmc.net/safmc-meetings/public-hearings-scoping-meetings/.  CCA has prepared the following comments on Amendment 29 and we would encourage anglers to use these as a guide to formulate and submit their own comments to the South Atlantic Council:

We appreciate the opportunity to comment on the South Atlantic Fishery Management Council’s Amendment 29 – Best Fishing Practices.  The Coastal Conservation Association is the largest conservation group of its kind in the nation, with more than 125,000 members on all three coasts committed to ensuring the health and conservation of our marine resources and anglers’ access to them.

Recreational anglers have often ledthe way in promoting better fishing practices to conserve marine species, and we are confident that the vast majority of anglers would gladly do their part to reduce discard mortality. Though it may be impossible to eliminate discard mortality entirely, as good stewards we believe anglers must do everything we can as soon as possible to lower the discard mortality rate. CCA is committed to educating its members and the general public on proper release methods through its ReleaSense program and is eager to work with the Council on educational programs going forward.

The key element in Amendment 29 is being able to estimate the reduction in discard mortality for use in stock assessments.  All the required measures in the world will accomplish little if their effect on the species in question is not quantified.  We expect the use of descending devices and other tools will only increase as awareness of the issue is raised, but anglers also expect that their efforts will result in less dead discards that will also translate into better data for stock assessments.

We would support the mandatory use of venting tools and/or descending devices while fishing for snapper grouper species so long as there are quantifiable estimates of discard mortality for use in stock assessments.  Lacking a commitment from NMFS to quantify the reduction in discard mortality rate, then the strong suggestion that anglers possess these devices when fishing for snapper grouper species would suffice.

We strongly encourage the Council to consider allowing the use of venting tools only on For-Hire vessels where the mates have had training in their use. Venting tools are essentially a surgical device to allow for the deflation of a fish’s air bladder, and we are concerned with the efficacy of such a device in the hands of untrained anglers. Given the volume of fish that a For-Hire vessel may encounter in a short period of time, a properly trained deckhand using a venting tool is a much faster – and still effective – method of release. While perhaps more cumbersome and slower, descending devices are a much safer and efficient alternative for most anglers.

Thank you for the opportunity to comment on Amendment 29 – Best Fishing Practices.