Things looking up for bottom fish in the South Atlantic 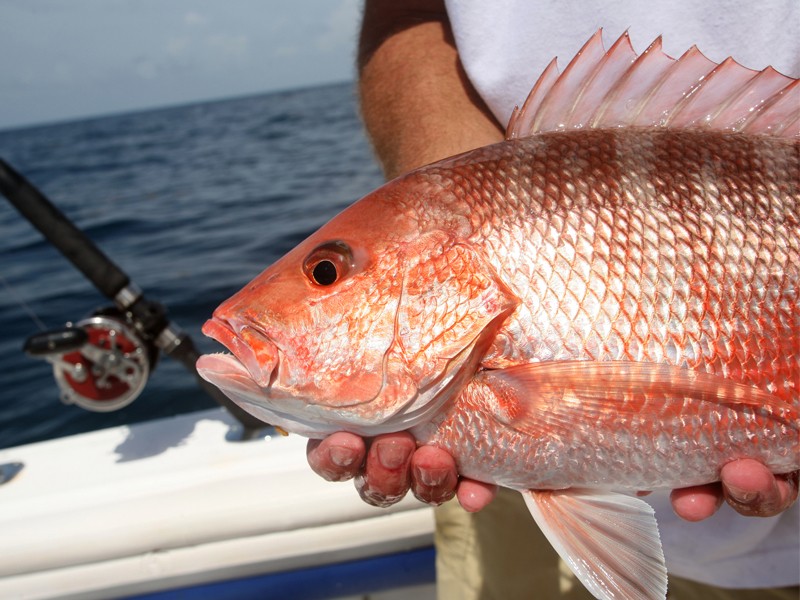 The South Atlantic Fishery Management Council (SAFMC) made a landmark decision today by passing a rule requiring commercial and recreational fishermen who are fishing for snapper–grouper species to have a descending device readily available to release unwanted fish. The descending device would return the fish back to the depth from which it came, decreasing the harsh effects of barotrauma and increasing chances for survival.

“This is a big win for the fish,” said Richen Brame, South Atlantic Fisheries director for Coastal Conservation Association (CCA). “Discard mortality is a having a negative effect on a number of snapper-grouper populations and this requirement will help decrease the mortality on these important species. Every angler fishing in areas that might hold snapper, grouper and other similar species has a role to play to ensure a healthy future for these fish.”

The new rule, if approved by NOAA Fisheries, defines what a descending device is and provides enough flexibility to allow for homemade versions to decrease barotrauma, allowing anglers to be creative and innovative. There was universal support for the new rule with major commercial, recreational and environmental organizations all publicly supporting the proposed requirement.

“This is a win-win for the fisherman and the fish,” said Chester Brewer, a recreational angler and council representative from Florida. “I’m proud of how the entire council came together to address one of the major fishery management challenges we face and enact a common-sense regulation that will have a significant, positive impact on the heath of these stocks.”

Research by NOAA Fisheries found that almost 30 percent of all red snapper caught by the recreational sector and almost 40 percent of snapper caught by the commercial sector died after release in 2017, causing a huge hidden drain on the species. The hope is that the descending device requirement will decrease the discard mortality so more fish will survive to grow and add to the spawning stock. The SAFMC is committed to monitoring the use and efficacy of descending devices so any conservation gains would be used in future stock assessments, perhaps leading to larger populations and more robust abundance. Mortality of unwanted fish improperly released back into the ocean is one of the biggest problems facing fishermen and mangers today.

“Anglers everywhere are increasingly aware of barotrauma and many have taken it upon themselves to find ways to properly release fish to increase survival. No one likes to throw back a fish and see it float off and know that it’s a wasted fish,” said Ted Venker, conservation director for CCA. “Given the availability and effectiveness of descending devices to address one of the main factors causing short seasons for many species, particularly red snapper, this requirement only makes sense. We commend the South Atlantic Council for its thoughtful approach and hope that this opens a door for other councils to implement similar conservation measures.”

For the purposes of this requirement, the South Atlantic Council defined descending devices as “an instrument to which is attached a minimum of a 16-oz weight and a length of line that will release the fish at the depth from which the fish was caught or a minimum of 50 feet. The descending device attaches to the fish’s mouth or is a container that will hold the fish. The device must be capable of releasing the fish automatically, by the actions of the operator of the device, or by allowing the fish to escape on its own. Since minimizing surface time is critical to increasing survival, descending devices shall be readily available for use while engaged in fishing.”

The regulation must still be approved by NOAA Fisheries and the U.S. Department of Commerce before going into effect.