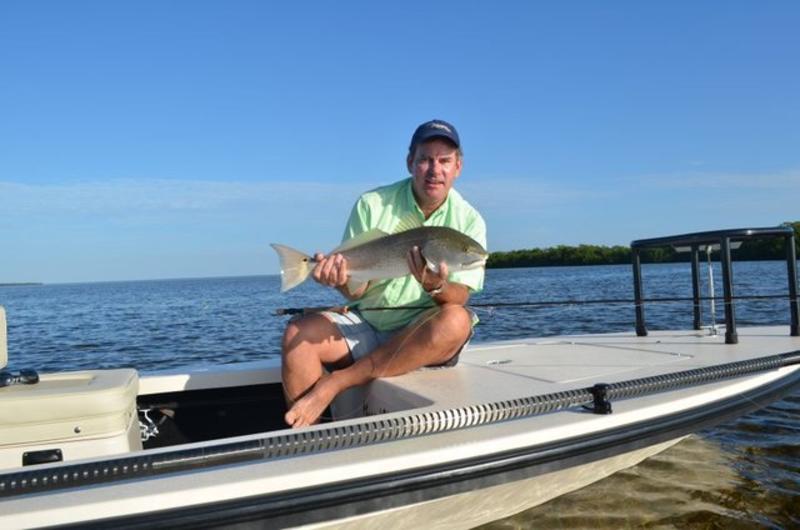 On May 29, Scott Deal, president of Maverick Boat Group, hosted U.S. Secretary of Commerce Wilber Ross and an impressive array of boating industry leaders at Maverick’s new production facility in Ft. Pierce. The meeting was organized through the efforts of Jeff Angers, president of the Center for Sportfishing Policy, and in many ways it was an unprecedented gathering.  It may be the first time that a sitting Commerce Secretary has met with members of the boating industry and the recreational fishing community to discuss Atlantic red snapper, angler access, recreational fisheries management issues and the industries that support the saltwater fishing community.  It was certainly the first such meeting with facemasks and social distancing.

By 2018, the vision of Scott Deal and his commission had taken shape as the Modernizing Recreational Fisheries Management Act of 2018 (Modern Fish Act), passed the Congress and was signed into law by President Donald Trump.  The Modern Fish Act amended the Magnuson-Stevens Act, the legal authority guiding saltwater recreational fisheries management at the National Marine Fisheries Service.  Today the Center for Sportfishing Policy is tracking the government’s progress implementing the law.

Scott is currently vice chairman of the board of the Center for Sportfishing Policy and is an honorary board member of CCA Florida.  Scott and his company have actively supported CCA for decades with his considerable influence in the industry as well as with generous donations to the organization.  Scott and his Morris-Deal Commission have been incredibly successful establishing the foundation for recreational fisheries management at the federal level.  He has been working quietly and unwaveringly for years in pursuit of this goal.  Anyone and everyone even remotely interested in saltwater recreational fishing and fisheries management owes Scott Deal a huge debt of gratitude.

Thank you, Scott from all of us at CCA.