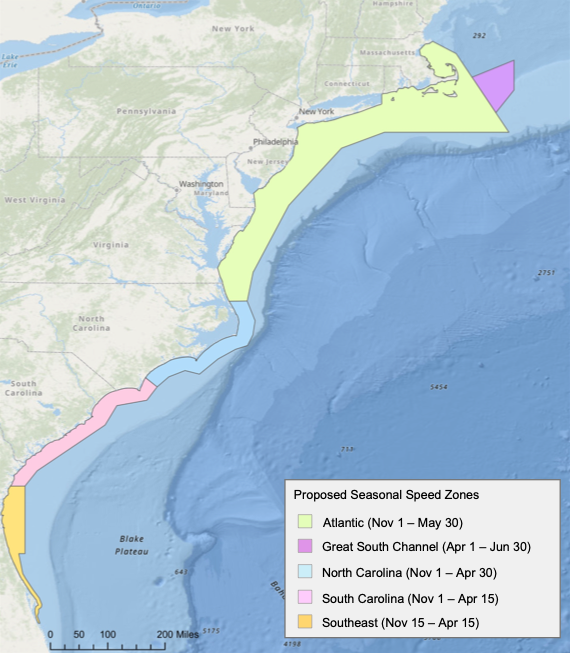 There are less than 350 endangered North Atlantic right whales and fewer than 70 reproductively active females remaining. Vessel strikes and entanglements continue to drive the population’s decline. North Atlantic right whales are especially vulnerable to vessel strikes due to their coastal distribution and frequent occurrence at near-surface depths, which is particularly true for females with calves. The proposed rule is designed to reduce the risk of mortality from vessel strikes and afford the species a greater opportunity to recover.

The measures the agency is proposing are part of a broader, robust approach to protect, conserve, and restore North Atlantic right whales called the Road to Recovery. As human activities and the environment change, right whales are facing additional threats—including impacts from climate change and expanded ocean use. NOAA Fisheries is currently reviewing the comments it received and anticipates taking final action on the proposed rule in 2023.