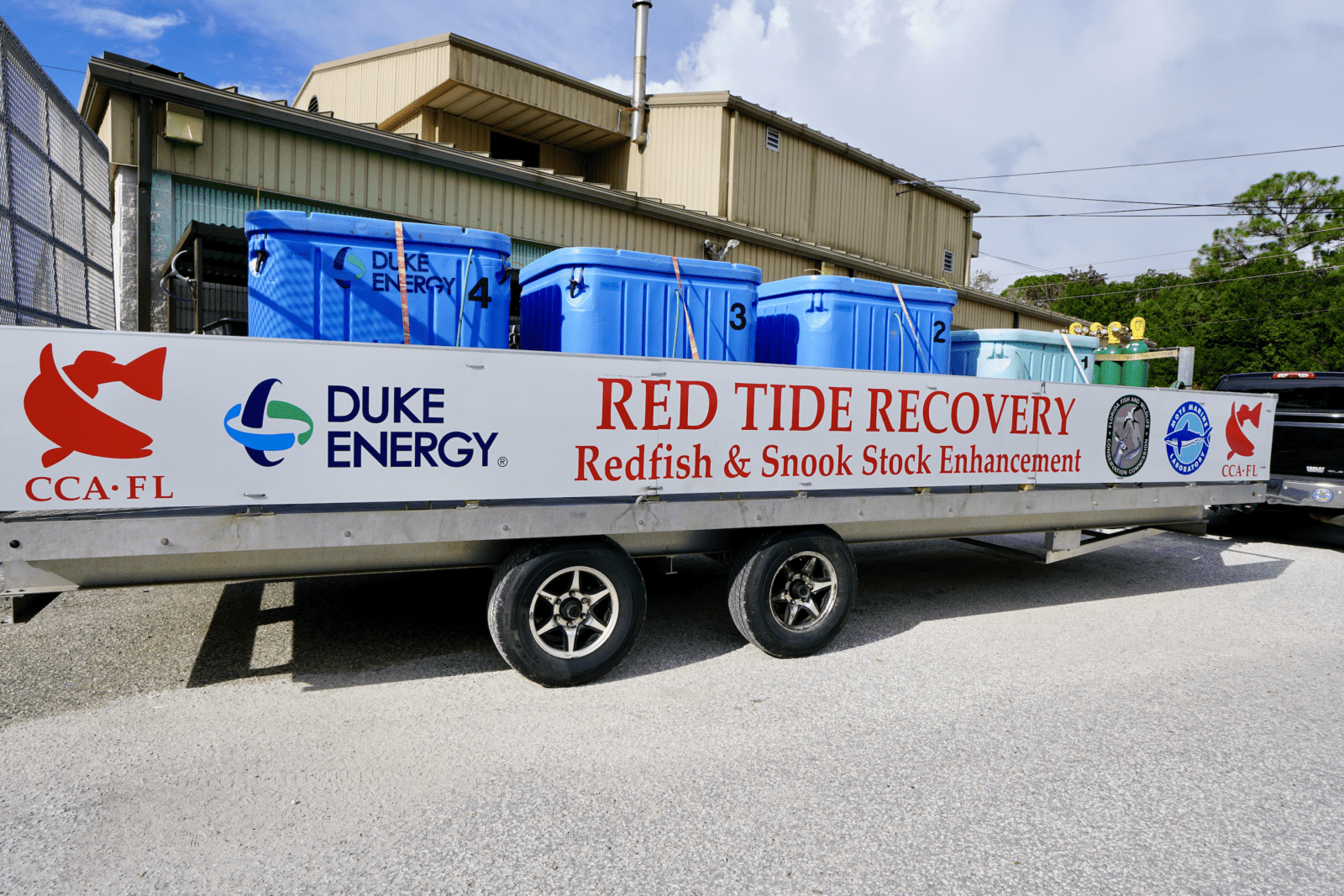 In the past five years, CCA Florida has taken a more proactive approach in habitat restoration, most recently, focusing on restocking efforts for one of Florida’s most iconic fish, the redfish. Last year, more than 30,000 redfish were released on the west coast, and this fall, the focus has moved to the east. In September, CCA Florida and the Duke Energy Mariculture Center launched the East Coast Redfish Restocking Initiative: Release the East.

The redfish population has drastically declined as a result of water quality issues and loss of habitat, and the primary goal for this initiative is to help relieve the suffering redfish populations along Florida’s east coast.

“We’ve had members voicing concern for the lack of redfish across the state and it’s our duty to address the issue,” said CCA Florida Executive Director Brian Gorski. “Redfish are an iconic species to our state and we need to work together to conserve this fishery for the next generation.”

In phase one of the program, CCA Florida’s pledges to raise and release 100,000 juvenile redfish to help restock the east coast. Since the initiative’s launch in September, nearly $25,000 of the $100,000 goal has been raised from donors and partners. The funds collected are used for equipment, feed and supply costs, and although there is still a lot to be done, the future outlook is promising.