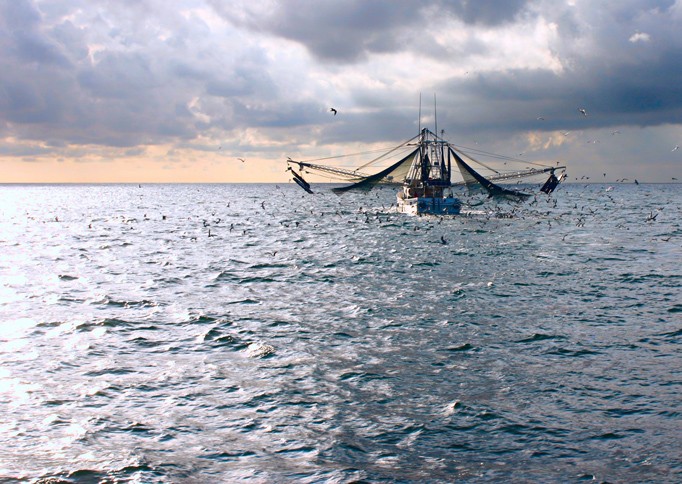 The Gulf Council takes a gamble on the most unaccountable player in the Gulf red snapper fishery.

With management of the red snapper private angling sector now officially in the hands of the Gulf states, it would be tempting to take a step back from this ever-contentious fishery and take a deep breath. But, given the discussions at the last Gulf of Mexico Fishery Management Council meeting in Biloxi, that would be a mistake. While the significance of the management shift can’t be overstated, it is important for anglers to remember that federal managers are still inclined to do the bidding of commercial interests and that means there are still reasons to be concerned about the overall health of Gulf red snapper in the long term.

In all the acrimony over the years between commercial fishermen and recreational anglers who target red snapper, it is often overlooked that an almost invisible third party held the real key to the recovery of this prized sport fish. Despite shrinking seasons and tighter bag limits, no management action of any kind was having a positive impact on red snapper until the hurricane season of 2005. That year, the Gulf was ravaged by storms, including Katrina and Rita, which ultimately reduced shrimping effort by more than 80 percent due to the destruction of most of the Gulf shrimp fleet. At roughly the same time, CCA had filed a lawsuit seeking to force NOAA to acknowledge the massive impact of shrimp trawl bycatch of juvenile red snapper, and ultimately prevailed. That victory resulted in a federal judge’s order to NOAA to reduce mortality of juvenile red snapper in shrimp trawls by 74 percent. By judge or nature, the shrimp industry was finally identified as a significant harvester of red snapper and was forced to shoulder its share of the red snapper recovery.

With cheap shrimp imports flooding the U.S. and burdened by high fuel costs, the Gulf shrimp industry was slow to recover and the red snapper population started to boom. The steep upward trend in the snapper population launched right around 2006 and has been steadily climbing ever since. Harvest levels for both the commercial and recreational sectors have expanded significantly since then, although fundamental shortcomings in federal management have prevented anglers from taking full advantage of it. And all the while, reductions in shrimp trawl bycatch of juvenile red snapper have stayed well within the parameters set by the CCA lawsuit.

However, language in the judge’s ruling in 2006 allowed the bycatch reductions to be rolled back as the red snapper population recovered and now the shrimp industry is working to push their harvest increases right to the limit. Led by a council member from Mississippi whose family business is shrimping, the Council approved a rollback of the bycatch reductions at its last meeting to just 60 percent, down from the original 74 percent. And it could be rolled back even further.

The Council seems content to chip at the underpinnings of the red snapper population and hope for the best. Advice from scientific staff suggests that there will likely be no impact from more dead juvenile red snapper in shrimp trawls despite an expected increase in maximum additional effort of 5,797 days fished as a result of the rollback.  They may be right, but there is absolutely no certainty.

At a time when the Council’s primary buzz word is “Accountability,” it is entirely unclear how managers plan to keep the shrimp industry accountable. Whereas both the commercial and recreational sectors have hard poundage annual catch limits of red snapper and are not allowed to exceed those limits without paybacks the following year, the shrimp industry has no such hard limit. Furthermore, a miniscule fraction of the industry’s trips have observer coverage, so managers really have no idea how much dead bycatch is going over the side. Without an annual catch limit or any way to verify what is being killed in the nets, the shrimp industry is perhaps the most unaccountable player in the entire Gulf red snapper fishery and it has just been cleared to ramp up effort.

All that is really known is that the one management action that can be directly tied to the remarkable recovery of Gulf red snapper is being eroded, and the Gulf Council is apparently willing to gamble that it won’t have unforeseen (yet entirely predictable) consequences. Since managers are flying blind with regard to when the shrimp industry may cross the line and kill so many juvenile red snapper that it crashes the stock, the first signs of a problem will likely once again be the subject of intense acrimony and finger-pointing between commercial fishermen and recreational anglers. That is especially likely to be the case now that the commercial sector is managed by NOAA and private anglers are managed by the states.

We can only hope that if the red snapper population takes an “unexpected” downward turn in the next few years, this action will be remembered, and it won’t take another lawsuit to identify the culprit. History has shown that a healthy red snapper population is tied directly to shrimping effort. As bizarre as it seems, here at the conclusion of a bruising decade of Red Snapper Wars, the Gulf Council appears entirely willing to gamble all its past winnings and perhaps the future of the fishery on a very sketchy hand. The big problem is that if they’re wrong, everyone sitting at the table loses.