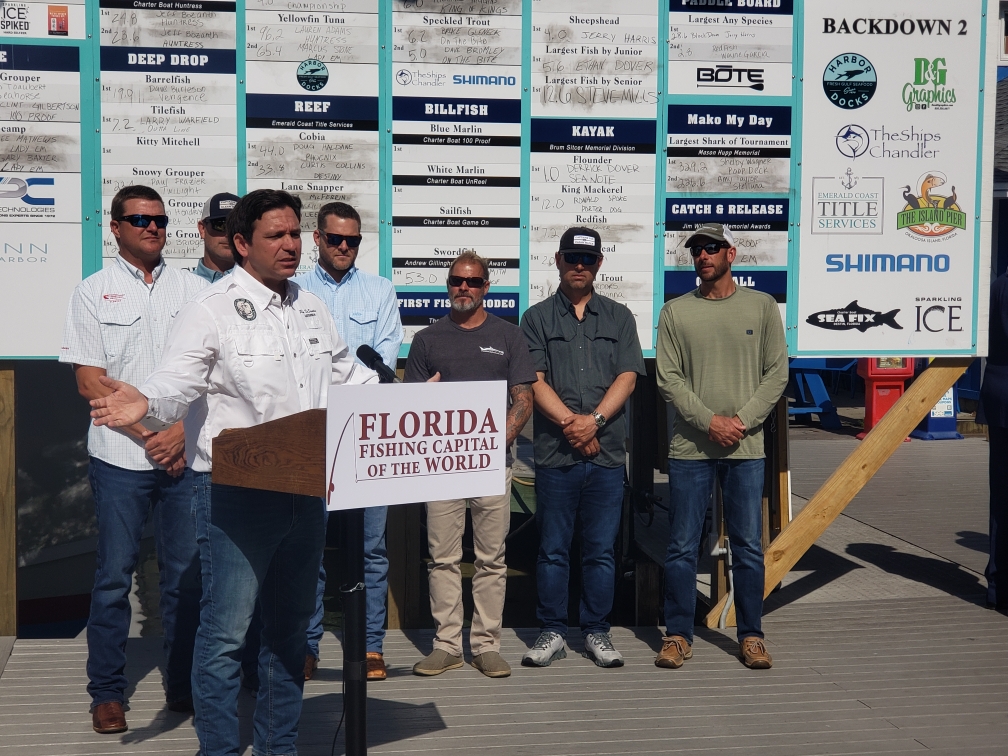 An announcement that offshore anglers in Florida have been waiting for arrived today when Gov. Ron DeSantis revealed the 2022 recreational red snapper season. Working through the State Reef Fish Survey, the Florida Fish and Wildlife Commission is planning to offer two seasons for the popular game fish in 2022 – a summer season running June 17 to July 31 with 12 additional days of fishing this fall, including October 8-9, October 15-16, October 22-23, November 11-13 and November 25-27.

“We would like to thank Gov. DeSantis and the Florida Fish and Wildlife Conservation Commission for their efforts to create a meaningful red snapper season for the state’s anglers,” Brian Gorski, executive director of the Florida Chapter of Coastal Conservation Association (CCA Florida) said. “Red snapper is one of the most popular species in the Gulf for recreational fishermen and it is a key component of the huge economic engine that recreational angling provides for Florida.”

Just a few years ago, seasons for red snapper were down to a mere three days as confusion and controversy over federal management of the species greatly reduced access to this public resource.  In 2019, the Gulf states successfully petitioned to take over management of the private boat angling sector and developed their own individual data collection systems to capture more timely and accurate data to measure their catch. Though each state must still manage to a quota bestowed on it by federal managers, the development of data collection systems like Florida’s State Reef Fish Survey have allowed every Gulf state to provide longer and more flexible seasons for anglers who fish for snapper out of their own boats.

“State management of red snapper has been a game-changer for Florida anglers,” said Trip Aukeman, advocacy director for CCA Florida. “Federal management was never designed to manage recreational angling and so the data and regulations coming out of that system were often difficult to comprehend. We greatly appreciate the State of Florida recognizing the importance of recreational angling and stepping up to create a better management system. We would not have the season we have today without Gov DeSantis and the FWC in our corner.”

While the Gulf states have shown they are highly capable of managing the private recreational sector with a local, more hands-on approach, controversy still swirls around red snapper. The federal management system still insists on the states calibrating their new and improved data back to a lengthy history of decidedly suspect federal recreational data. The results of that calibration process are an obstacle to building on the success of state management of red snapper.

“As long as the federal management system insists on trying to match the new and improved data that the states are collecting back to what is essentially a broken system, there are going to be problems,” said Aukeman. “The more control the states have over the fisheries that exist off their shores, the better the management of those fisheries will be. The challenge is that the federal government never likes to admit it is wrong.”