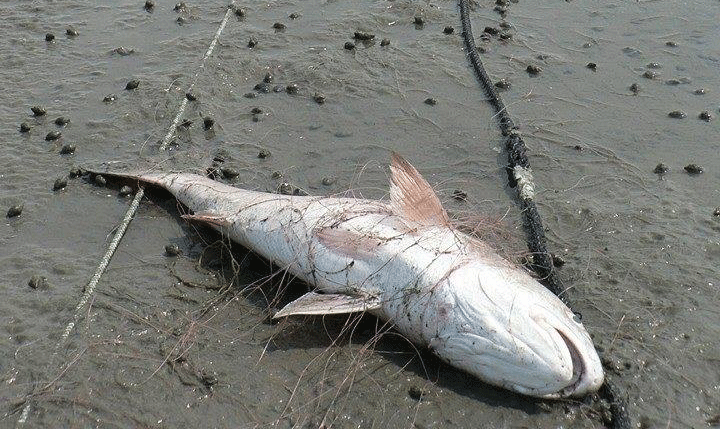 In 1994, the Florida Constitutional Net Limitation Amendment was adopted by 72% of Florida voters and it was a big win for many of Florida’s marine resources. Following the Amendment’s passage, the Florida Legislature, allocated $1.1 million to convert net fisherman to shellfish farmers, in an effort to create alternative job opportunities for commercial netters and others. The Florida Legislature also appropriated $20 million for unemployment benefits and created a net cash buyout program when the net limitation amendment went into effect.

The battle to keep the Constitutional Amendment and two-inch-stretched mesh size has been ongoing since the Amendment’s implementation. Challenged more than 15 times from Circuit Court to the Florida Supreme Court, the Amendment has been upheld in every Court decision except for one by a local Wakulla County Judge who ruled on behalf of the net fisherman.

In 2018, a Wakulla plaintiff for commercial netters, filed the latest in a string of cases over the years against the Florida Fish and Wildlife Conservation Commission (FWC). As always, the goal is the throw out the rules established by FWC regarding gill nets. The netters lost in the Leon County Circuit Court, after the Judge allowed four sets of amendments to the lawsuit, the Court threw out the suit following the netters’ fifth motion. Now, the netters have appealed the case to the First District Court of Appeal in Tallahassee.

In early April 2021, the netters’ lawyers filed their initial brief on the merits of the case. The 51-page brief is a painful description of the legal twists and turns involved by joining two Florida agencies into one. In 1999, the citizens of Florida voted to create the current FWC, combining the then, Marine Fisheries Commission with the Florida Game & Freshwater Fish Commission. Seemingly important to the netters’ lawyers, is the fact that the former ‘Game Commission’ was a “constitutional” agency, and the former Marine Fisheries Commission was created by the Legislature. “Constitutional” agencies have more power than legislatively created agencies.

This current lawsuit alleges that the FWC has refused to promulgate rules in accordance with its statutory authority. The suit further alleges that FWC rules adopted prior to July 9, 2018 are illegal and unenforceable. The Plaintiffs complaint challenges rules relating to, but not limited to, statewide net specifications, carriage of proscribed nets and longlines in State waters. Although the restrictions have been in place for 27 years, the commercial netting industry refuses to accept the legal reality that the constitutional prohibition on gill nets means no gill nets.

The answer brief from FWC is due 30 days from the filing of the initial brief, but extensions of time are common in such cases and it could be well into the summer before we see the response. After that, there is a Reply Brief. Then the Court may take as much time as it sees fit to rule. The Court may, or may not, order oral argument.

Since the Amendment was implemented, many of Florida’s fisheries have shown tremendous levels of recovery and abundance. Florida should not allow the indiscriminate effects of those banned nets again.

CCA Florida not only helped pass the net ban amendment in 1994, but nearly 30 years later, CCA Florida is still fighting in the courts to keep the ban intact.